Many are not aware, but the regular tap water that flows into our homes often contains metals. When pipes corrode or medical wastes leak into the water, water will contain traces of metal, which makes the water acidic.  Therefore, you’ll need dependable alkaline water systems Long Beach has to offer.

In small doses, people barely notice it. However, acidic water can harm your health and your home over time. It can erode tooth enamel and metal plumbing.

Not to mention, acidic water is especially harmful to children, whose developing bodies absorb these harmful metals at a higher rate.

Puragain Water is a water company in Long Beach that specializes in supplying high-quality water filtration systems that offer clean drinking water to our customers.

One of our most sought-after products is our alkaline water system, which increases the pH level of water, so it becomes safer and healthier drinking water. 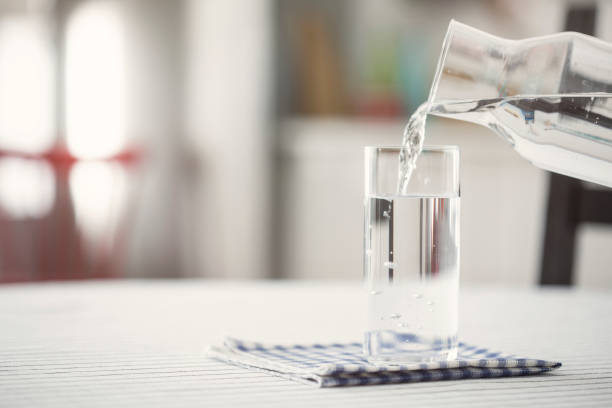 What is Alkaline Water and Why Do I Need it?

Water, like any substance, has a pH level. It refers to the level of acidity in a substance, which is determined by the ratio of Hydrogen ions to hydroxide ions it contains.

In its purest form, water has a pH level of seven and has equal parts hydrogen and hydroxide ions. However, because of contamination, the water that reaches us is often acidic with a pH level lower than seven. With the help of an alkaline water system, the acidic water undergoes an ionization process during which, the pH level is raised to eight or 9.

The resulting water which is alkaline water has lower acidity and is thought to aid patients who suffer from ailments caused by or exacerbated by acidity.

Alkaline water acts as a neutralizer for acidity and is thought to improve overall health.

Meanwhile, Alkaline water is a form of purified water that has undergone the ionization process. This not only guarantees that alkaline water is free of contaminants and parasites that may infest natural water, but it also has a higher pH level, which can improve health problems.

Learn more about the benefits of alkaline water below!

The human body maintains a balance of acidity and alkalinity. The normal blood pH level is around 7.4 with slight variances. However, due to modern-day diets, many people have pH imbalances and have high acidity in their blood.

To help neutralize this acidity, your body may draw calcium from your bones, which, can result in arthritis, bronchitis, and other inflammatory issues down the line.

Consuming alkaline water can help reduce acidity in the blood and maintain a better pH balance in the body. Though this cannot make up for terrible diets, this can aid in the preservation of joints, bones, muscles, and cells.

Another advantage of alkaline water is it aids weight loss. Junk food intake causes the body to become more acidic.

The body produces additional fat cells to balance the acidity, leading to weight gain. Drinking bottled alkaline water on a daily basis can help you lose weight by neutralizing acidity in your body.

Drinking alkaline water will not only make you feel better but its refreshing feeling can potentially encourage people to engage in more exercise and stay healthier overall.

Discover How Puragain Water Can Help You

Through the use of cutting-edge water filtration systems, Puragain Water brings the best tasting water and the healthiest drinking water to our customers. For over 30 years, we’ve been providing our customers with purified water and excellent customer service to help keep them hydrated and healthy. while prolonging the life of their water filters

Through the use of carbon filters and water ionizers, Puragain Water brings filtered water free of chemicals and toxic substances to homeowners all over Long Beach.

Reach out to Puragain Water to learn the difference alkaline water makes and get your family one of the best alkaline water systems Long Beach has to offer!